The two books which made a huge impact on me and the ones i got hold of very early i.e. in my teen years ‘ Thiaouba Prophecy’ and ‘Lifestory of Hanumanji’ you can find both of them online.

The first one details the account of an abductee who went to a higher dimensional planet in his physical form. And the second one is by far the most comprehensive and scientific outlook on Ramayana till date. ‘ Lifestory of Hanumanji’ will change the way you look at Ramayana forever.

The war between Rama and Ravana was an intergalactic one with highly advanced technologies and weapon systems used. Ram setu a bridge connecting Sri lanka and India finds mention there, also the kind of technology which might have been put to use in those times.

If one starts looking at our ‘human origins’ taking into account a universal perspective, many of the miracles mentioned in Ramayana and even Mahabharata will garner logical explanations.

Graham Hancock the author of ” Fingerprint of the Gods ” has explored ancient ET civilizations in detail. The Piri Reis map which finds its origin in the 15th century shows exact topogrophical features of the Antarctic without ice. It was so accurate that even the 19the century adaptations of the same map were used by cartographers for sea navigation.

We cannot expect a primitive civilization to map an ice free Antarctic region with such accuracy and precision? Antarctic was never ice free up until 35 million years ago!!!

The timestamp of Ramayana spans almost the same chronological era. One may refer Kalki Purana for the exact duration of all the ages. Ramayana happened in Treta yuga. Which almost lasted for 3,600 divine years, or 1,296,000 human years.

‘Divine years’?! Or a time relative to our physical reality. Einstein’s theory of relativity has proved that time and gravity are relative with respect to the mass of an object.

Albert Einstein, in his theory of special relativity, determined that the laws of physics are the same for all non-accelerating observers, and he showed that the speed of light within a vacuum is the same no matter the speed at which an observer travels. As a result, he found that space and time were interwoven into a single continuum known as space-time. Events that occur at the same time for one observer could occur at different times for another.

Furthering my point i am including an excrept from the book(“Fingerprint of the Gods”) itself-:

Is it possible that a human civilization, sufficiently advanced to have mapped Antarctica, could have developed by 13,000 BC and later disappeared? And, if so, how much later? The combined effect of the Piri Reis, Oronteus Finaeus, Mercator and Buache Maps is the strong, though disturbing, impression that Antarctica may have been continuously surveyed over a period of several thousands of years as the ice-cap gradually spread outwards from the interior, increasing its grip with every passing millennium but not engulfing all the coasts of the southern continent until around 4000 BC. The original sources for the Piri Reis and Mercator Maps must therefore have been prepared towards the end of this period, when only the coasts of Antarctica were free of ice; the source for the Oronteus Finaeus Map, on the other hand, seems to have been considerably earlier, when the ice- cap was present only in the deep interior of the continent; and the source for the Buache Map appears to originate in even earlier period (around 13,000 BC), when there may have been no ice in Antarctica at all. 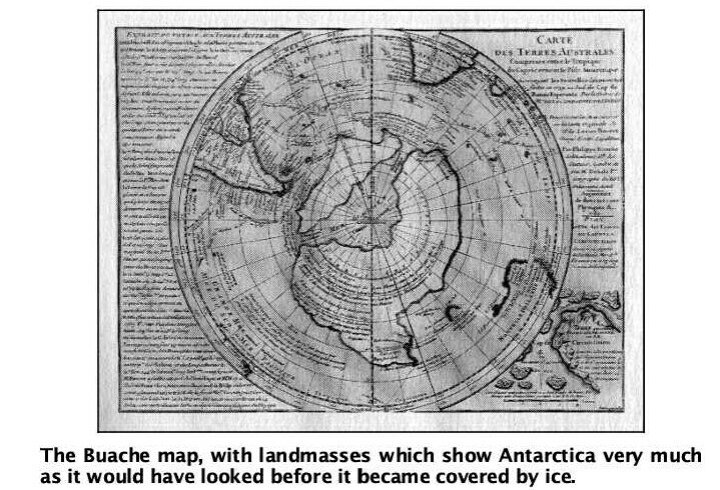 Evidently, this is enough proof that Earth has been getting visitors from ancient civilzations since millions of years.

If an extraterrestrial advanced civilization finds roots on Earth. We can safely assume that attempts of terraforming and genetic manipulations would have been done countless number of times on many species here and with ET species ‘far far away’ . Which might explain as to why Earth has such a rich biodiversity.

I am still researching on this subject but the cigar shaped asteriod with a never-before-seen orbit has baffled even NASA scientists. They are unable to come up with a sound explanation regarding the size and the shape of asteriod.

Mainstream news related to the same.

Even the asteriod is speeding up!!!

I have watched the Entire interview series of Corey Goode by David Wilcock. Authenticity of their intel is unquestionable(at least for me) as being an Intutive Empath, many a times, i have experienced the same.

The implications of this is huge and if brought into mass awareness, may steer our civilization into exploration of our real ancient roots.

We need to be open minded in accepting our origins. One can deny opinions but how can one deny scientifically backed facts?

Thank you for your time reading this!